Will Hobbs / One book, One School 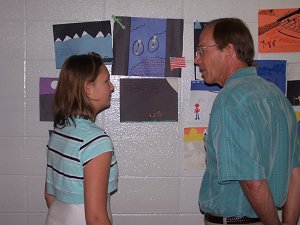 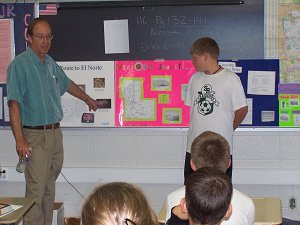 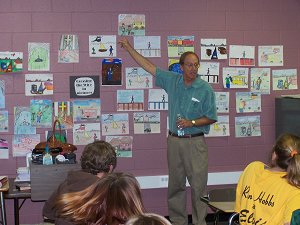 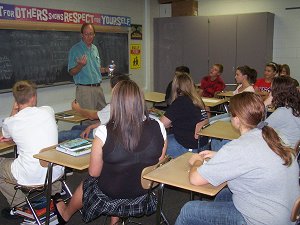 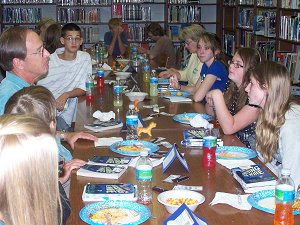 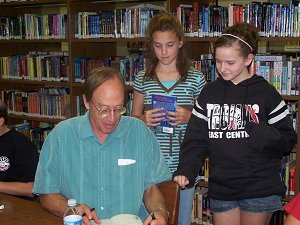 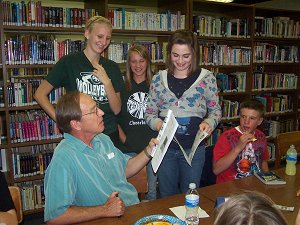 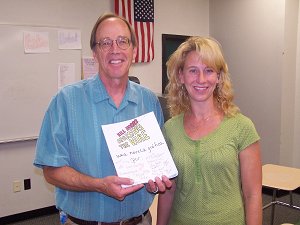 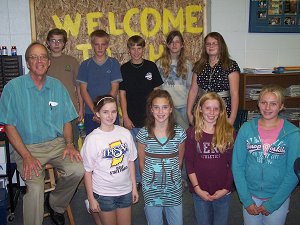 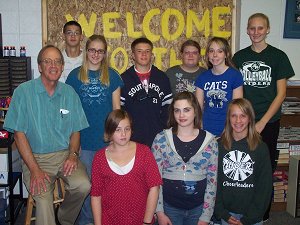 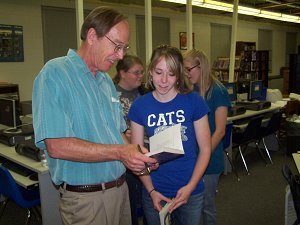 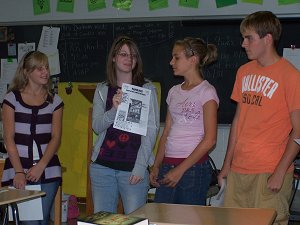 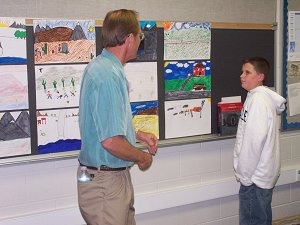 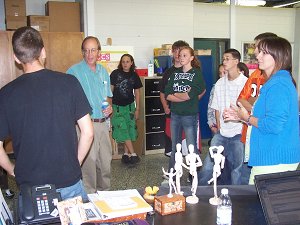 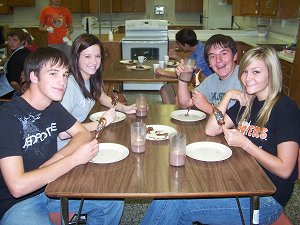 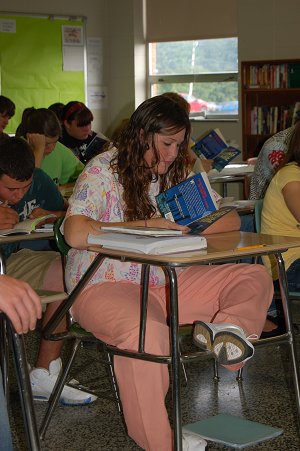 
The goal of the One Book, One School project was to have the whole school read, discuss, and participate in a learning activity/project in relation to the book Crossing The Wire.  The final celebration of this project was the visit of Will Hobbs on Monday, October 6, 2008. 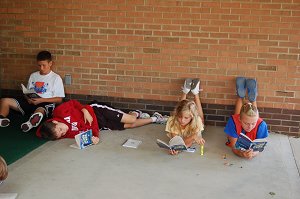 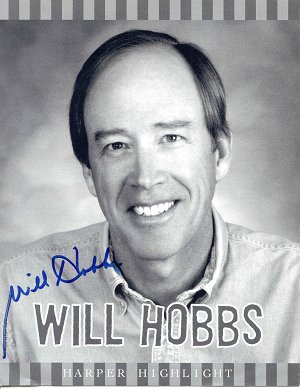 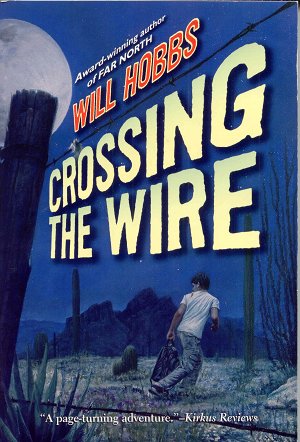 What a great day we had with Will Hobbs!!!!

Chelsea Durham, Feature Editor, for the Raiders Riot wrote the following story about the visit to South Ripley Jr. Sr. High School.
"Ideas for writing a book don't come out of thin air," said Mr. Will Hobbs as he explained the intricacies of being an author to the students of South Ripley Jr. Sr. High School.  Hobbs paid a visit to the school on Monday, October 6.  High School Media Specialist Mrs. Brenda Strimple has been communicating with Mr. Hobbs for over a year now to set up his visit.  Strimple has met Mr. Hobbs several times, but most recently at the National Council of Teachers of English Conference.  She also attended the Association of Indiana Library Media Educators Conference where she obtained the idea of "One Book, One School."
With assistance from the Rising Sun Regional Foundation, one of Hobbs's most recent novels, Crossing the Wire, was purchased for every student, staff, and faculty member at South Ripley High School.  Strimple purchased the books from The Bookshelf in Batesville.  Each person was assigned the book to read before Hobbs came to visit in October.  Several classes even made special projects that corresponded with the reading of the book.  Spanish classes made a graphic novel. nutrition class made traditional Mexican foods including frozen chocolate covered bananas, Social Studies classes mapped out the journey of the characters in the book, and English classes made a variety of projects including magazines and simile displays.
Mr. Hobbs was very impressed that each student had been assigned his book to read.  He spoke in great detail about the process he explored in order to write this book.  Hobbs thanked high school students for "walking with Victor in his shoes," as he ended his presentation.
"I enjoyed the author visit, as did the majority of our students," says Strimple, "I also think the 'One Book One School' was a good idea.  It helped to make students think about several issues that are real in today's world.  It made students really think about immigration, and hopefully bring about some understanding.  It maybe helped students who aren't that interested in reading becom more involved and interested in reading about issues that are current and real in our society today."
Thanks to the Rising Sun Regional Foundation for your support!
The One Book, One School project was a very successful project.  Mrs. Strimple received a $5,000 grant from the Rising Sun Regional Foundation.  Thanks to the Rising Sun Regional Foundation the entire school got to participate in the One Book, One School project.
The book the students, staff and faculty read was Crossing the Wire by Will Hobbs.
When falling crop prices threaten his family with starvation, fifteen-year-old Victor Flores heads north in an attempt to "cross the wire" from Mexico into the United States so that he can find work and send money home. But with no coyote money to pay the smugglers who sneak illegal workers across the border, Victor must struggle to survive as he jumps trains, stows away on trucks, and hikes grueling miles through the Arizona desert. Victor's journey is fraught with danger, freezing cold, scorching heat, hunger, and dead ends. It's a gauntlet run by millions attempting to cross the border. Through Victor's often desperate struggle, Will Hobbs brings to life one of the great human dramas of our time.
Additional information about Will Hobbs and his books may be found on his website, www.willhobbsauthor.com.

What is SADD?
About SADD 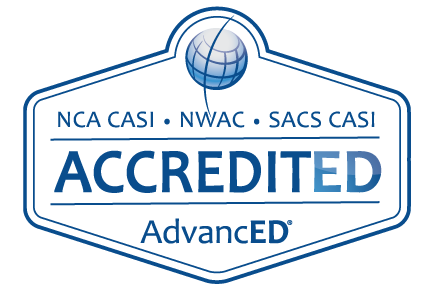